Backcountry skiing is becoming more and more popular - with good reason. The feeling of reaching a mountain, and then ski knee deep powder down a steep mountain side is amazing. Here you get the best of both worlds - exercise and great nature experiences.

Norwegians buy most sports equipment world wide, and backcountry skiing equipment is high on the list. But do you actually know how to use your equipment if you end up in an avalanche situation?

We have had a chat with Rune Slettemark, the manager of Myrkdalen Ski Patrol, who was the driving force behind the establishment of an avalanche transceiver training area in Myrkdalen.

It all started when Rune visited the ski patrol in Hemsedal in 2011. There he was introduced to their training area for avalanche transceivers, and he saw how useful it was for both organizations and ski enthusiasts.

Here, people can get to know and trust their own transceivers, which can ultimately save lives.

Back home in Voss, Rune established a close collaboration with the local Red Cross in order to create a similar course in Myrkdalen. Many telephone calls and applications later, the avalanche transceiver training area was officially opened by his royal highness crown prince Haakon Magnus during the Freestyle World Ski Championship in 2013.

Get to know your own avalance transceiver

The training area for avalanche transceivers, which is located next to the top station of Myrkdalsekspressen, is designed to practice using avalanche transceiver and probe. In the area there are buried units, which send out signals. At the control panel by the course you can choose the degree of difficulty of the excersise - easy, medium or expert. The level you decide determines how many units will send out signals. 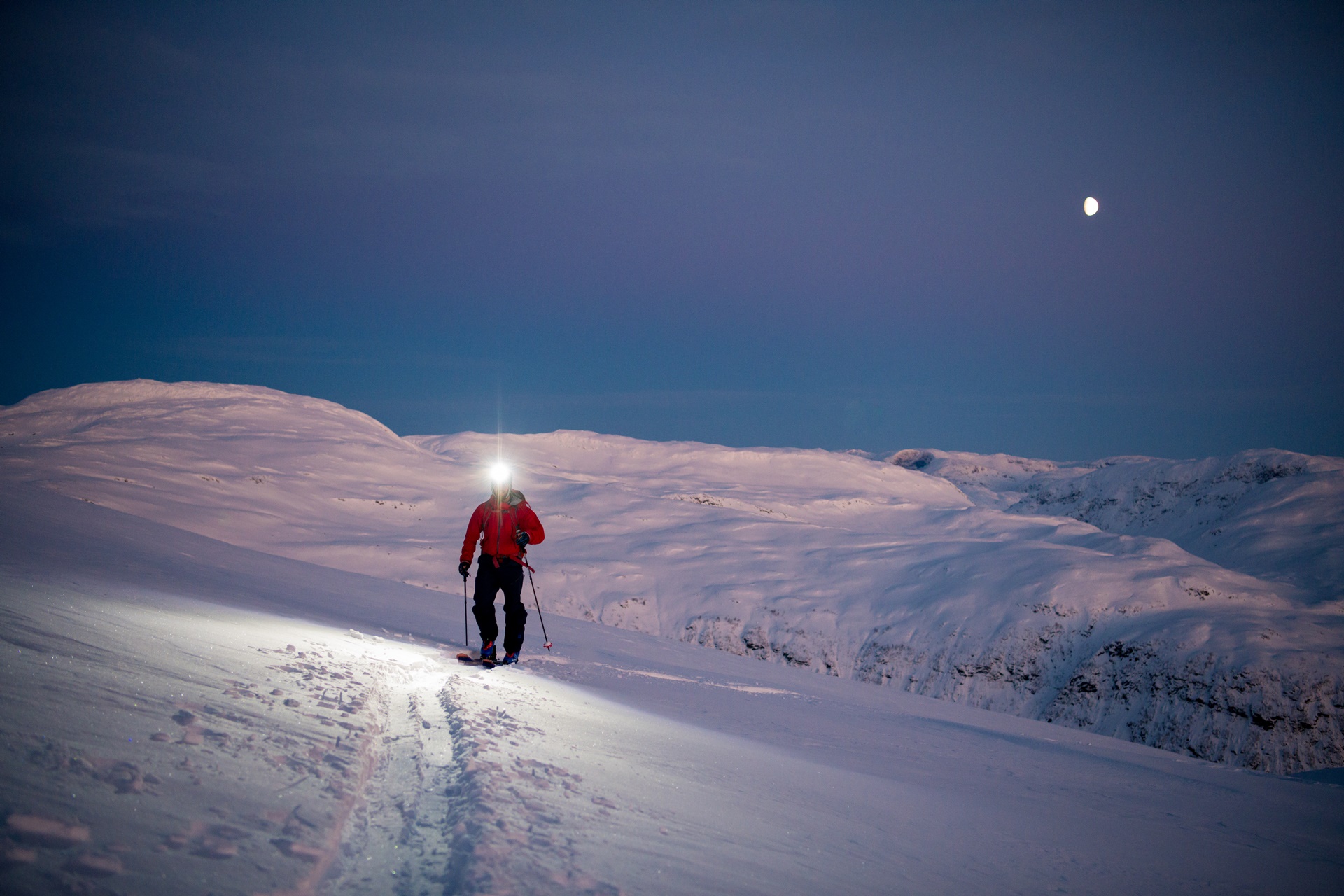 Hot tip:  There are lights next to the training area in the evenings. Stop by after and evening tour to Finnbunuten Mountain.

Then you need to use your transceiver and locate the units as fast as possible. When you have located the units, bring out the probe and once you have hit the unit with the probe, a notification will appear on the control panel. You will see the time you have spent on the session.

- The great thing about this is that you get instant feedback on how good you are at using your equipment, and the more you practice, the more your time will decrease, says Rune with enthusiasm in his voice.

The time you spend determines the outcome

- The time you spend determines whether the outcome will be tragic or good, says Rune, a little more serious now. In the training area you can create good methods, which eventually will become an automatic response if you are unlucky to end up in an avalanche situation.

If you can't use your own avalanche equipment, you are basically not a good friend.

The training area is not designed to dig up the units. You will therefore not practice digging, which is an important and heavy part of the rescue job.

-  My advice is to move to the outside of the training area and put the probe down 1 - 1,5 metres down in the snow. Then stand on the downside of the probe and dig in until you see the tip of the probe, says Rune. 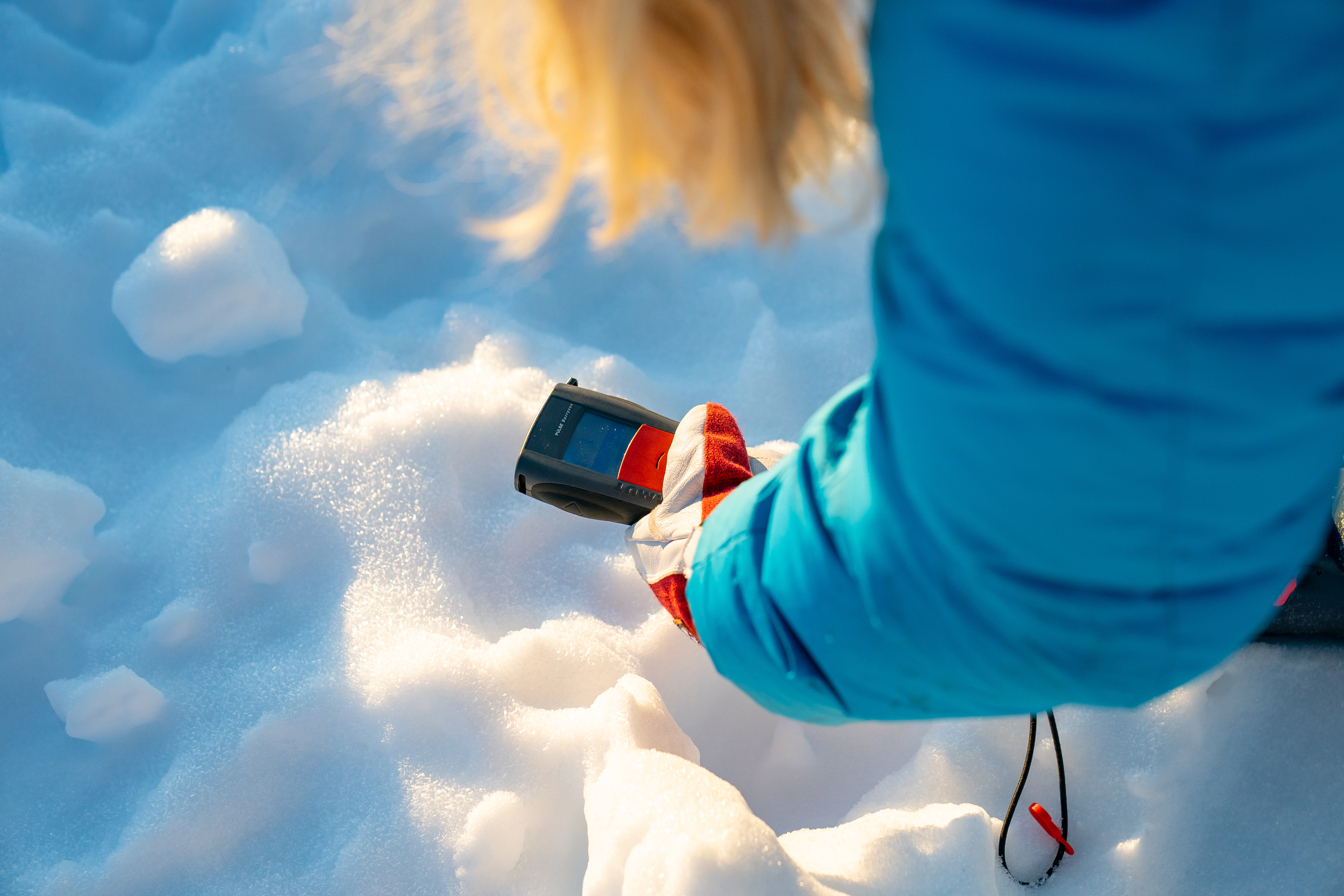 The training area will help you increase the response time, to be prepared for a real avalanche situation.

- But the ultimate goal for everyone who likes backcountry and off piste skiing, should be to avoid ending up in an avalanche, says Rune. This requires knowledge in avalanche risk assessment, tour planning, route choices and skiing patterns.

- A good place to start is to take an avalanche course. The skilled ski instructors at Myrkdalen Ski School have many courses during the winter seasons, for beginners and advanced, says Rune. 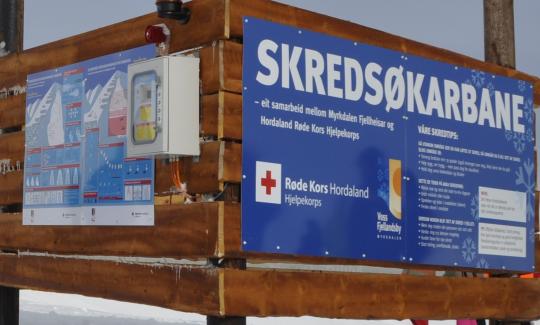 - Located next to the top station of Myrkdalsekspressen
- Free of charge
- Three levels: Easy, medium and expert
- All types of avalanche transceivers can be used